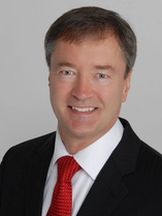 Dr. Zigler is a prominent lecturer and speaks extensively across the country on various topics related to contact lenses and laser vision correction. He has been a principal investigator for numerous studies conducted by the FDA during his career. Dr. Zigler has also held numerous positions with local, state, and national optometric organizations.

He and his wife, Sandy, have three grown children and reside in Upper Arlington, Ohio.

Dr. Zigler can be reached at drzigler@centralohioeyecare.com

A doctor is available everyday at our main office.